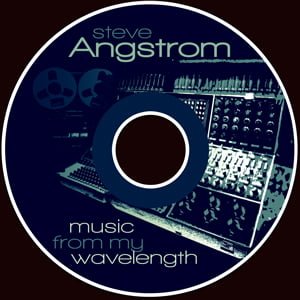 Production notes:  this was the last track on “Music from my wavelength”, and I like the idea of having an ambient song as the last one on the album.  It’s quite obviously influenced by Eno and his Music for Films era. Most of this I simply played in with my hands in real time.  In the era of supercomputing there’s a real pleasant feeling about simply pressing record and capturing whatever happens. That’s what this is.

Music Format All the music is currently provided as 320kbps MP3 files, as it is the format with the widest hardware support with the least compromise on sound quality. Payment is currently through PayPal, although you don't have to be a member - they can just take the cash from any old card. Delivery when you've paid you'll see a link to return to this site, and the download links for your purchased files are on the page you are taken to. In addition - the download links will be mailed to the email address you supply. Problems This should be a simple process, but being the internet things can always go wrong, if so - feel free to get in touch on the contact page. You can find the link in the footer of this website.