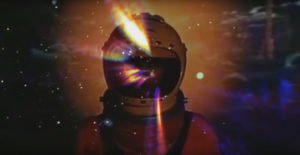 A drifting pounding throwback uptempo trancing journey. perfect for dancefloors full of people from the 90s, the 1990s or the 1890s. It’s a throwback and it’s a 135BPM track

The myriadic is a drifting pounding throwback uptempo trancing journey.

This track has evolved in my live set, as I perform it on stage it’s slowly developed its own personality.  Initially it began from a bunch of old tapes which I unearthed for my releases on Sleepers records. This track though was too fragmentary, but I put it into my sequencers and began to play it live and it slowly found its feet. As time progressed I added some extra parts, the high stabby chords, the strange bending noises in the later section, the analog processed drums and the heavier beat.   All of that is as a consequence of my live performance setup.

So, I recorded a live performance of the song as I’ve been playing it live, and here it is!

Music Format All the music is currently provided as 320kbps MP3 files, as it is the format with the widest hardware support with the least compromise on sound quality.Payment is currently through PayPal, although you don't have to be a member - they can just take the cash from any old card.Delivery when you've paid you'll see a link to return to this site, and the download links for your purchased files are on the page you are taken to. In addition - the download links will be mailed to the email address you supply.Problems This should be a simple process, but being the internet things can always go wrong, if so - feel free to get in touch on the contact page. You can find the link in the footer of this website.